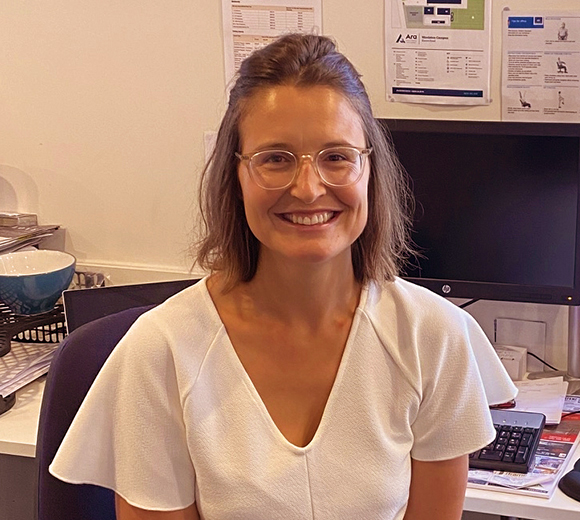 Site Safe’s newest safety advisor is bringing some international experience to the organisation.

Caitlin Robertson has worked in both the mineral and oil and gas sectors in Western Australia before notching up time with an emergency services company that supplies first response teams on five continents.

For now though she will be thinking very locally as she looks after Site’s Safe’s operations in the top of the South Island from her home not far from Motueka.

Caitlin was born and raised in rural Western Australia on a farm four hours south of Perth.

It  was a good introduction on how not to manage health and safety, she reckons.

“Back in the 1980s there was no health and safety awareness, let alone practise!”

She completed degrees at Curtin University in social science and commerce and her first job in health and safety was in 2012 when she became the quality coordinator with Ausdrill in Perth. It’s a company which specialises in drilling and blowing things up, all  in the pursuit of minerals.

“The company had 18 business units working across Australia, Africa and the UK.

“Unfortunately we had two fatal accidents in three months and my role was to help bring all the 18 units together under the one umbrella to improve safety.”

A key finding into the fatalities was that workers were moving between the different sites but the safety standards at each place varied.

“We were having lots of incidents where the cause was either complacency, poor safety culture and/or lots of time pressure.

“My role was to try and standardise practises, culture and training across the company, to get rid of all the excess paperwork and focus on how to keep our guys safe.”

The company had an innovative rehabilitation programme which also helped make sure their training documents were relevant.

“As part of our return-to-work programme our injured workers would help me review our procedures, checklists and training materials to make sure it was applicable to what they were doing. We often found photos or documents that didn’t reflect or support what it was actually like up on site.”

After a couple of years Caitlin says she wanted more hands-on experience so she completed her workplace health and safety training and moved into the oil and gas sector working for Peak Well Systems.

“As a more mature industry this is where I learned about good frameworks and using safety tools effectively. Workers understood the importance of keeping safe so the culture was very supportive.”

The company had other operations in Dubai and Aberdeen in the UK which were put to good use.

“The UK standard is the highest health and safety standard globally so we benchmarked the rest of our operations against the UK ones, which was such valuable learning for me.”

Her next employer was Falck which is one of the largest, private emergency response providers worldwide. It provides ambulance, firefighting and security services in Europe,  Africa, South America and the Middle East.

As a business support and development manager she worked with teams to make sure everyone had the skills required for the job as well as the right equipment and tools needed for the unique and isolated working conditions.

It also involved improving how things were done and focusing on the importance of evidence-based decision making.

After two and a half years it was time for children - she has a couple of youngsters - but just so she was perpetually busy she did health and safety consulting work for an electrical and mechanical engineering firm part time.

“I wanted to make sure I kept my foot in the door as the industry is forever evolving.

“The company - YEM Technology – grew from four people to 200-plus  people within 18 months and they hadn’t established their health and safety systems too well.

“We were creating their safety and quality framework, developing their training modules and creating safety tools that enabled their guys to work on one site and then move to another customer’s site while keeping their safety practices consistent.”

It was actually gin that brought Caitlin to New Zealand, or more accurately, it gave her and her Kiwi-builder-husband Byron a reason to move over.

Friends starting out on their own in the construction industry had been awarded their first commercial contract of fitting out a new gin distillery in Hastings and they asked Caitlin and Byron to help.

“We’d been looking at coming to New Zealand for the past four or five years but we weren’t sure where we wanted to move to.”

They moved across for an eight-week stay to the Bay and helped get things going, and it was there Caitlin became aware of Site Safe.

“I was walking around Havelock North and kept noticing Site Safe signs and their hazard boards out front of building sites. And as part of the contract for the distillery we had to provide a site-specific safety plan to the local council … and our friends asked if I could help.

“So I jumped on the Site Safe website and managed to provide all the material they needed to create their own safety management system from there!”

Luckily for Site Safe Caitlin and the family decided to up sticks and move to Nelson where they now live not far from Motueka.

When Caitlin saw the safety advisor role online last October, she jumped at it. But she was enjoying the kids so much, she negotiated a slightly later start.

“Site Safe were really good in supporting me to stay home with the kids a little bit longer and I was able to start in February.”

Byron is currently a stay-at-home dad while he works through his BCITO training towards his NZ building ticket so it is handy timing all round.

They’ve also made full use of the great outdoors as they do a bit of hiking, boating and going to the beach, while Caitlin says she also enjoys cooking and Pilates for her own sanity.

She’s going to be seeing a good part of the South Island as well. Part of the job involves her  covering the Tasman area, the West Coast and she is also taking over Marlborough from current advisor John Williams.

Apart from running the foundation training courses she will be doing safety audits and consulting, promoting the SiteWise prequal system and generally looking after Site Safe customers.

“I’m really keen to support businesses and getting to know their people to make sure they’re getting the most out of their membership.

“I’ll be looking at ways to help people’s businesses grow and making sure they’re comfortable giving me a quick call about anything.

“I may not always have the answer but as a willing learner, I will always be happy to help you find out.” 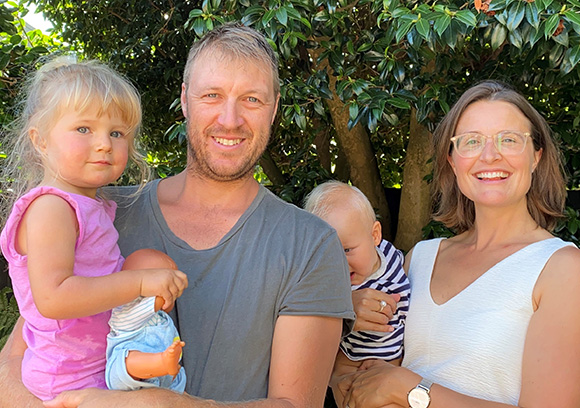 Site Safe’s Tasman-based Safety Advisor Caitlin Robertson with husband Byron and the kids. Caitlin will be looking after training in the top of the South Island, including Marlborough, Tasman and the West Coast.

Caitlin can be contacted at: 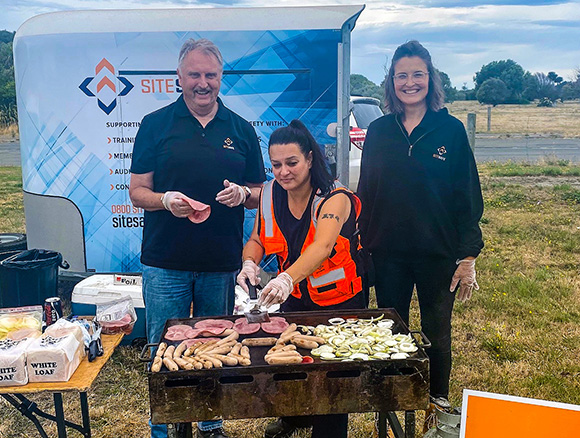