Women who are driving success 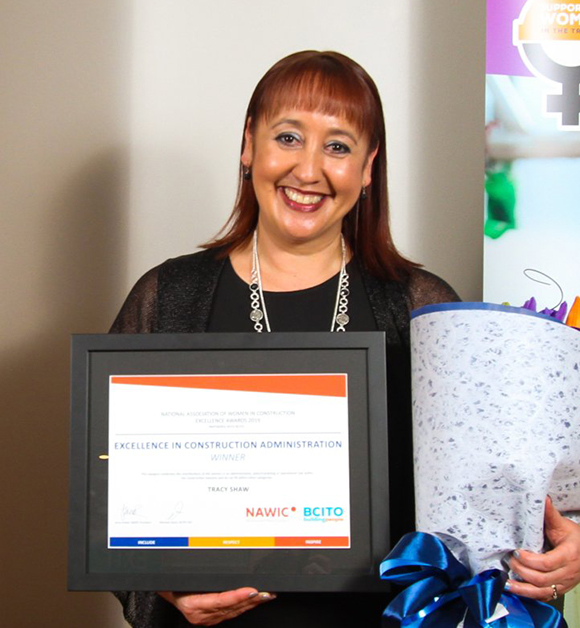 Women involved in health and safety made up a big chunk of the finalists in the NAWIC  Excellence Awards  held in Auckland last month.

There were 42 finalists for the various categories with 12  winners and 16 highly commended entries. Of the current finalists, four awards went to women directly influencing the health and safety of workers within their organisations.

The winner of the premier prize, the Helen Tippett Award, went to Colleen Upton of Hutt Gas and Plumbing in Lower Hutt, for her excellent work in improving the industry and looking after women apprentices in the trade.

The National Association of Women in Construction’s  Apprentice of the Year title went to Corinna Bohny of Contract Construction in Christchurch, a carpentry and concrete main contractor.  Apart from being a top employee Corinna is a member of the Arthur’s Pass Volunteer Fire Brigade, search and rescue and is building her own home.

The students of the year were Danielle Platt, from Rider Levett Bucknall in Christchurch and Anna Winskill-Moore from Osborne Brothers Construction in Dunedin, both exceptional in all sorts of ways.

Of the finalists, four awards went to women directly influencing the health and safety of workers within their organisations.

The Winner of Excellence in Construction Administration was Tracy Shaw of Higgins Contractors in Hawke’s Bay where she is the People and Performance Advisor.

Tracy looks after three branches and more than 500 people and she says her role gives her the ability to have a positive impact on people’s lives and to help their professional development.

Four years ago Tracy started developing a programme to support unemployed and directionless youth within the region, and in May 2015 Higgins Hawke’s Bay launched their “At Risk Youth” Initiative. More than 50 percent of those still work with Higgins or are employed within the industry. 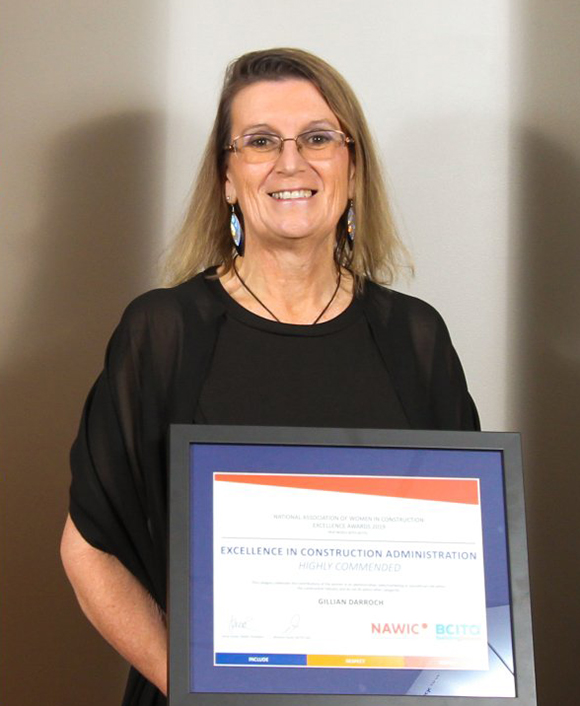 Highly commended in the Excellence in Construction Administration category were Gillian Darroch and Alison Glover.

Gillian works for Metro Performance Glass in Mt Maunganui where she’s been for 16 years.  She has worked her way from the factory floor to her current as health and safety and training convenor role. Her interest in this work came from previously having been a fire service and ambulance officer. 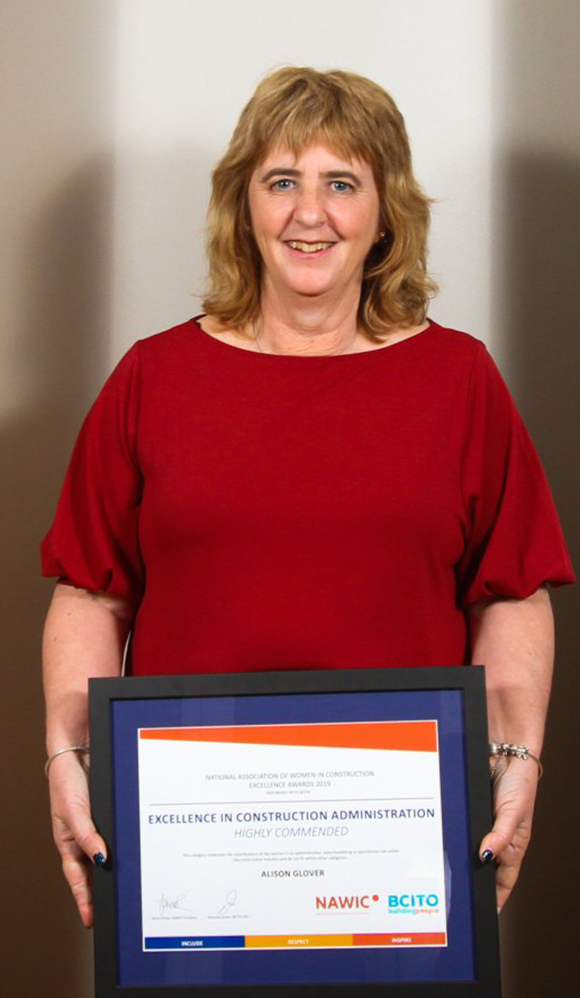 Alison does health and safety administration for Auckland’s Lawton Building where she’s in charge of subcontractor management. She was previously the regional branch manager of the Master Builders and raises guide dogs and fundraises for community causes. 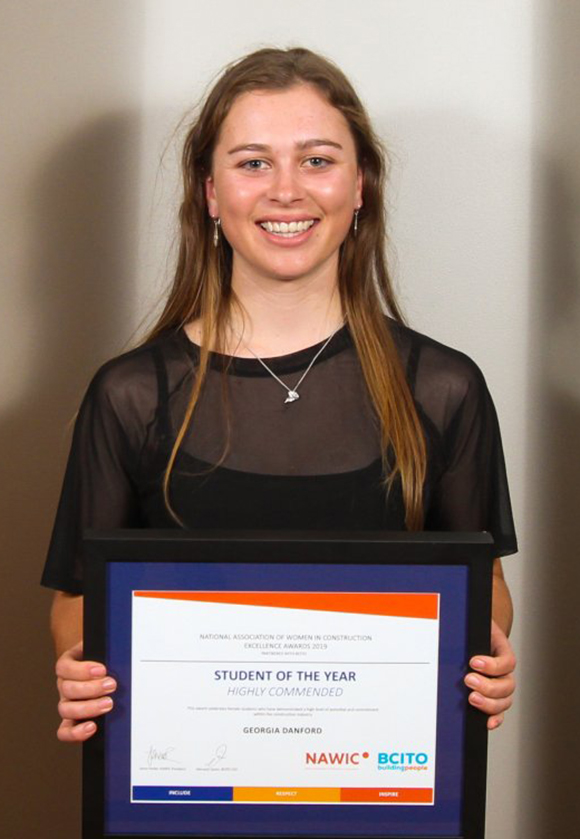 A finalist for the Student of the Year category was Georgia Danford of Johnstone Construction in Auckland. She is in her third year of a Law and Business double degree at AUT and began an internship at Johnstone Construction in 2017. She is very hands-on in the sector which gives her a good handle on running projects and running a safe worksite. She is also a cyclist who has represented NZ at an elite level.