Making sure people know help is there 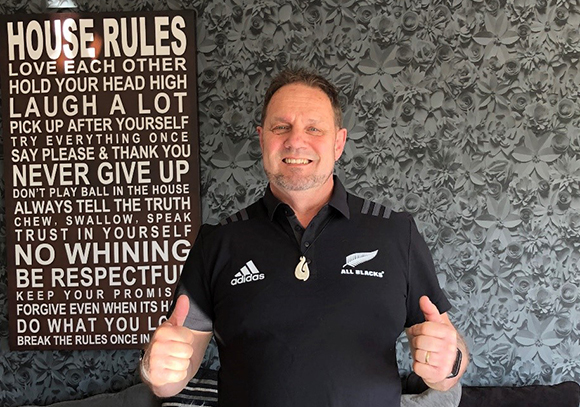 As we deal with life during the COVID-19 pandemic, mental health is solidly in the spotlight as we work on ways to support each other.

Before the lockdown Site Safe talked with Neil Macdonald of Aspiring Walls to talk about his approach to wellbeing following the tragic loss of one of his workers and the steps he took to support his team.

Please note: This story deals with the topic of suicide.

Neil Macdonald remembers too well the week one of his “boys” at Aspiring Walls killed himself.

It  happened the same week one of Neil’s own family members had died suddenly of a heart attack. Neil was supporting his brother in Palmerston North when he got word that one of his staff from the factory in Porirua had taken his own life.

Neil, who is the manufacturing manager, says the worker it was a young guy with a complicated set of relationship issues.

“I think all of it just got on top of him,” Neil says.

The man’s family had been worried enough about him to get him some help on the weekend. He’d called in sick to the factory on the Monday but his family thought things were under control. When he went into work on Tuesday his workmates at Aspiring Walls said he seemed a bit distant, Neil says.

“Then I got the call on Thursday morning from his dad saying he’d committed suicide.

“It was the shittiest week, with my nephew going and then one of my guys.

“We are all pretty close at work and the other guys were cut up.

“So I thought: ‘We’ve got to find a practical way out of this’.

“I remember going in to work and seeing the guys first thing on the Thursday morning sitting around. I had tears in my eyes and I said to the guys, ‘Hey, we can’t do the: ‘what could I, what should I have done’.

“I said to everybody: ‘This happened, it’s not our fault, but we will find a way to support ourselves better.’

“I could tell from the look on everyone’s face that it was a bit of a relief, but there was real heartache because a lot of people had been blaming themselves.”

Neil says he went online to see what he could use and came across an Aussie suicide prevention site called RUOK which was useful.

“They had some really simple stuff – it’s just basically looking someone in the eye and saying, Are you OK?”

But Neil says it’s important to get one thing right – if you aren’t prepared to deal with the answer, no matter what it is, don’t ask the question.

He says it’s not lip service, it’s a commitment to listen.

You don’t have to be a psychologist he says, you just have take the time with someone.

“If you don’t want to get involved, don’t start the ball rolling,” he says.

“But if you do, if you say, “how are you today” and you mean it, and get an answer, there’s a very simple process to go through that’s on the website.”

The do’s and don’ts, according to the RUOK charity are:

He says the presentation at the workplace went well. It was a pretty emotional thing for him but he’s OK with showing emotions.

He says it is engrained in men to be stoic, to not show any weakness but he says it’s not weak to say you’re struggling.

“It is ok to have emotions and to be upset about things.

“There is some therapeutic value that comes from showing that emotion, and I think the guys see that.

“If you can get up in front of a whole lot of people and have a tear or two, it’s actually good,” Neil says.

“I got a call from his mum to say thanks for the support. She’d heard about the presentation and said it was fantastic from her point of view to know there was something good that came out of the shitty stuff that happened.“

Neil says one of his workers is a gang member and he came up after and had a talk.

“He said he was blown away by the presentation and he was going to see if the system could be used in the gang because suicide is a big problem there with a lot of young guys taking their own lives.

“We haven’t actually been able to follow through with that because he says I look too much like a cop!

“But it hasn’t gone away and I have got back to him to ask what we can do about it.”

Neil attends a men’s group in Whitby and he put on the same presentation there. He got members to bring their sons along and deputised them to say this is a job for youth and your kids.

It’s not just about males, though, Neil stresses, as females are also at risk. It’s just that more often guys finish what they start out to.

“That’s why the stats are a lot higher.”

From a pragmatic business point of view, Neil says every company needs to have staff that’s engaged.

“And if they’re not, we want to get them to be.

“We need to be looking after people’s well-being. So if you ask someone if they’re ok, and they’re not, and we can provide some help then I am prepared to pay for them to get help. And I am prepared to pay someone to go alongside and support them if that’s what they want to happen.”

Neil says it does make a difference for people in a workplace to know they’re supported, by the management, and by their workmates.

“The guys know that they work with people that care. And that is how we should behave with each other.

“You can’t change everybody, there are always going to be people who think: ‘It won’t happen to me’. But while we mightn’t have changed everybody’s mind, I’d like to think we’ve moved them closer to understanding where they should be.”

Site Safe has links to groups that can help with mental wellbeing here including these from the Mental Health Foundation.