Adding his experience to the board 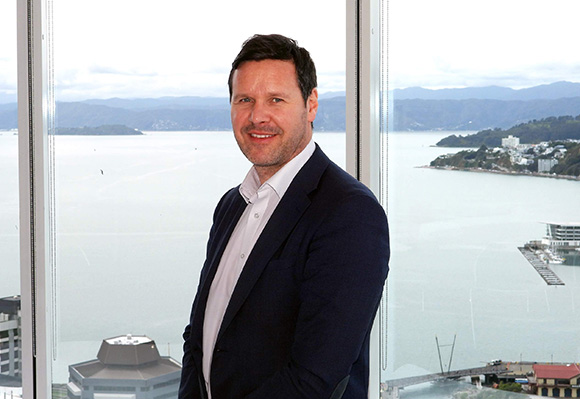 The newest member of the Site Safe board is Dean Tallentire, Executive General Manager of Construction at Summerset Group Holdings Limited.

He was elected at the Site Safe annual general meeting in Auckland on September 25, taking up the position being left by Kristina Wischnowsky who has stepped down after two years.

Mr Tallentire says he is thrilled to be joining the Site Safe board and is keen to bring his knowledge and experience to the organisation.

“This is my first board appointment, and I am excited about joining and contributing to what is already a very experienced group.”

Mr Tallentire heads up several teams at Summerset involved in the construction of retirement villages around New Zealand and says health and safety is at the heart of their operation.

The company has a national health and safety committee made up of senior executive members that works with all its operating units.

“At Summerset we have multiple health and safety committees through the organisation. Within construction we have design, commercial and delivery teams; across all these areas delivering new villages safely is paramount.

“A standard village development would have multiple work streams post bulk earthwork and civil phases across predominantly large seven-plus hectare sites. These work streams include building apartments, villa’s and main buildings with facilities such as swimming pools, beauty salons and communal social areas such as libraries and cafeterias.”

There are currently 28 villages completed or in development across the country. In addition, Summerset has ten sites under development in New Zealand and has just purchased the first piece of land for development in Melbourne.

The company spends about $300m per annum in construction and Mr Tallentire says one of the contributions he hopes to make to the Site Safe board is providing a holistic view, appreciating both that client and contractor angle, as Summerset manages all its builds in-house.

“In a practical sense this means I can share my experiences of safety in design and how we design and plan to ultimately undertake works safely from both sides."

He says wellness is a developing focus for the sector and one which is becoming more important in terms of New Zealand's workforce and how they operate.

“There are a lot of areas we want to keep on top of in terms of best practice. Talking to each other about how we can get to the best solutions in the industry is vital.”

Originally from Bedford in England, Mr Tallentire, completed his studies at Northampton University and later moved to New Zealand in 2002 and worked mainly for Fletcher Construction till moving to Summerset in 2015.

“I think the key thing is to keep pushing positive change in the health and safety space in New Zealand.”

“That’s why I am excited about joining the board. The key thing for me is ‘continual improvement’ and if I can contribute to that positively, that would be a great thing.”

The Site Safe annual general meeting was held in Auckland on September 25. Mr Tallentire was the only new person on the board with current members being uncontested.

The other members of the Site Safe board are: