Pipeline and Civil’s Steve Jenkins has been awarded the Safety Contribution Award at the 2021 Site Safe Health, Safety and Wellbeing Awards. We spoke to Steve to learn more about his many years of dedication to the health and safety of others. 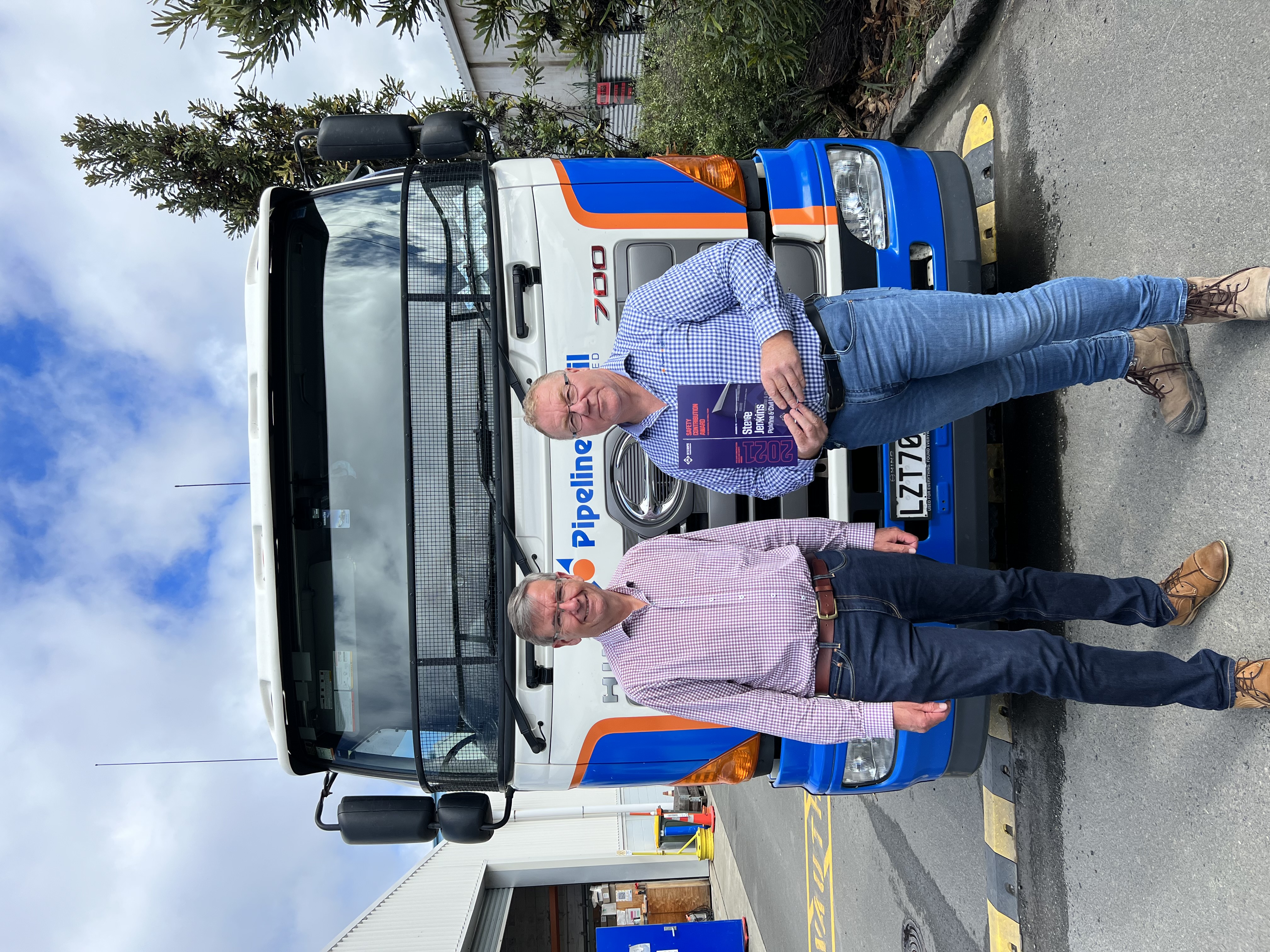 Steve Jenkins is 12 again. Sitting on the front of a tractor, gripping the air intake as his cousin drives it up a bank on the family farm.

Steve holds on tightly as he attempts to balance the front of the tractor as it is lifted in the air from the weight of the spray being towed behind it.

“I'm sitting on the front of the tractor hood at  12-years-old, I was about the same weight as a bag of potatoes, and it [still] sticks in my mind today and I'm thinking this isn't good - that was sort of my first experience of risk awareness.”

Now 57, Steve is an imposing figure with his heavy Welsh accent and strong build - reminders of his farming and military past.

But contrary to first impressions, Steve is passionate about keeping people safe. His key focus is on looking out for the health and well-being of those around him.

“At the end of the day, my job overall is incident prevention - the ultimate goal is that people don't get hurt.”

Steve is a health, safety, environment and quality (HSQE) manager at Pipeline and Civil based out of Auckland with more than 30 years of experience in the industry under his belt.

He has been involved in many high-profile international projects and contributed a great deal to improving health and safety practices since entering the construction industry in 1988.

The safety contribution award commends people who light the spark for others and that’s exactly what Steve is all about.

His colleagues, in their award submission, lauded Steve’s expertise in technical knowledge coupled with his ability to relate to others and to empower and encourage.

Steve said he puts in the effort to understand the risks and other pressures that are affecting his co-workers.

A former member of a tank regiment in the British Army with an extensive coaching and personal training background, Steve takes a personal, mentoring approach to the way he influences health and safety practices, he said.

This helped when he joined Pipeline and Civil in April 2020 during the first national Covid-19 lockdown.

Collaborative work to establish critical risk protocols was an initiative Steve was proud to have worked on over the past year and highlighted his many skills.

This saw him formulate requirements and behaviours for managing critical safety risks on projects and he did this through on-site discussion with staff on the “frontline”.

The “big driver” of the initiative was to have those staff lead discussion by establishing it is “ok to talk” about any issues and to offer as much support as possible, he said.

It also opened up consultation between management and frontline staff, who can provide advice on the high-risk activities they may be required to fulfil daily.

"Everything we do is as a team [we ask] ‘what do you think of this? or … what is important to you? What do you think [are] the high-risk activities that we do? and [they] can say what concerns them because they are the ones at the frontline they’re the ones that are doing that activity every day.

''My approach is that I don't know everything and I’d love their feedback.”

Being open and honest was key to making sure there was a reduction in harmful incidents, Steve said.

“We get the information [then] we share it with the leaders of the frontline team and say ‘can you see a problem in this? Is there anything that you need from us to fulfil this requirement?’

“I can’t do incident prevention all by myself it takes every single man and woman on that project to do that and it's just creating that catalyst to  link everything together.”

Steve said he strives as much as possible to “make a difference” in the industry and uses his coaching skills to share knowledge and support.

During his time in New Zealand, he has devoted himself to building strong teams of young health and safety professionals.

He also pushed for the internal hiring of a trainee HSQE advisor at Pipeline and Civil. Steve spends about half of his week mentoring and supporting these team members, he said.

Joining the business partly through the first national lockdown, Steve saw first-hand the effects the pandemic was having on the mental well-being of those around him.

Steve approached the company’s leadership team and pitched the idea of dividing up the business’s eight directors and senior leaders into pairs to visit all of the construction teams.

The pairs had “one on one” conversations across worksites throughout September last year - aligned with The Health Awareness Month.

The main focus was to show that "it's ok to have a bad day and it’s ok to share that with your teammates.”

“We know [they are] not machines. It was all these soft touches going through to let the workforce know we understand, we care and we're there for [them].”

On his visit, Steve was joined by the operations manager who can come across as a “tough character”, but the pair were able to open up, he said.

"On these visits, we actually rolled over and showed our underbelly of being human and started sharing stories and we [did] this for the [entire] month.

“[The] feedback we got after that month was just a wow factor [they were] just saying how great it was seeing the directors out there … [and] how nice it was to see all the workforce and it was great to show that you’re human.”

Having his contribution to the industry honoured with a safety award had been a “humbling experience” but there was still plenty more work to be done, Steve said.

"I've taken a bit of time to reflect ... but [now] I just go back to business as usual and try to lead the way, change ideas and change behaviours."

Pipeline and Civil’s managing director Hugh Goddard said the team was “extremely proud” of Steve's award and he had taken the company’s performance to “another level of reliability” since joining.

Steve is a “magnetic and enthusiastic character” whose passion for his work fuels and ignites passion in others.

“He has the best interests of the team members involved and allows them to feel safe when tensions could be running high, for example, after an incident or near miss.”

Hugh said Steve is a well-respected, “trusted and valued ally rather than a policeman” to on-site staff.

“He is quick to share his experience and knowledge and has been and is currently mentoring many up-and-coming safety professionals, freely sharing his vast knowledge to support their development.

Steve is an “unsung hero of the construction industry” and his vast impact should be celebrated, he said.

“It would be impossible to know, but I am confident that Steve’s input, hard work and ability to influence will certainly have saved many lives and prevented many injuries on worksites throughout his impressive career.”

"I can’t do incident prevention all by myself it takes every single man and woman on that project to do that and it's just creating that catalyst to link everything together.” 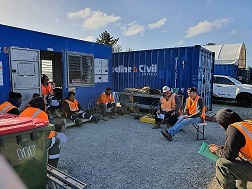 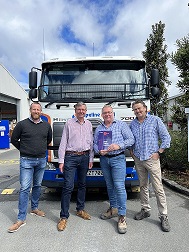